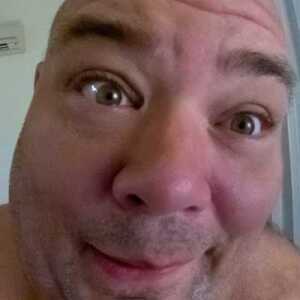 A proud member of the Penobscot Native American tribe, as well as a Mayflower passenger descendant. I sometimes post about my genealogical history.

Holy crap, google is apparently taking down all/most fediverse apps from google play on the grounds that that some servers in the fediverse engage in hate speech. At least three apps I know of anyway and I'd imagine the others will follow soon under the exact same reasoning.} Seems to be the case with Husky, Fedilab, and "subway" tooter.

this is a scary precedent if google play is going to ban any apps that can in any way be used to access content with hate speech. So what about a forum client, do they take that down just because there is a forum somewhere on the internet posting hate speech?

This is particularly worrisome because for most people Google Play is the only way they understand to install apps at all.

Picture attached of one of the notices received by fedilab. 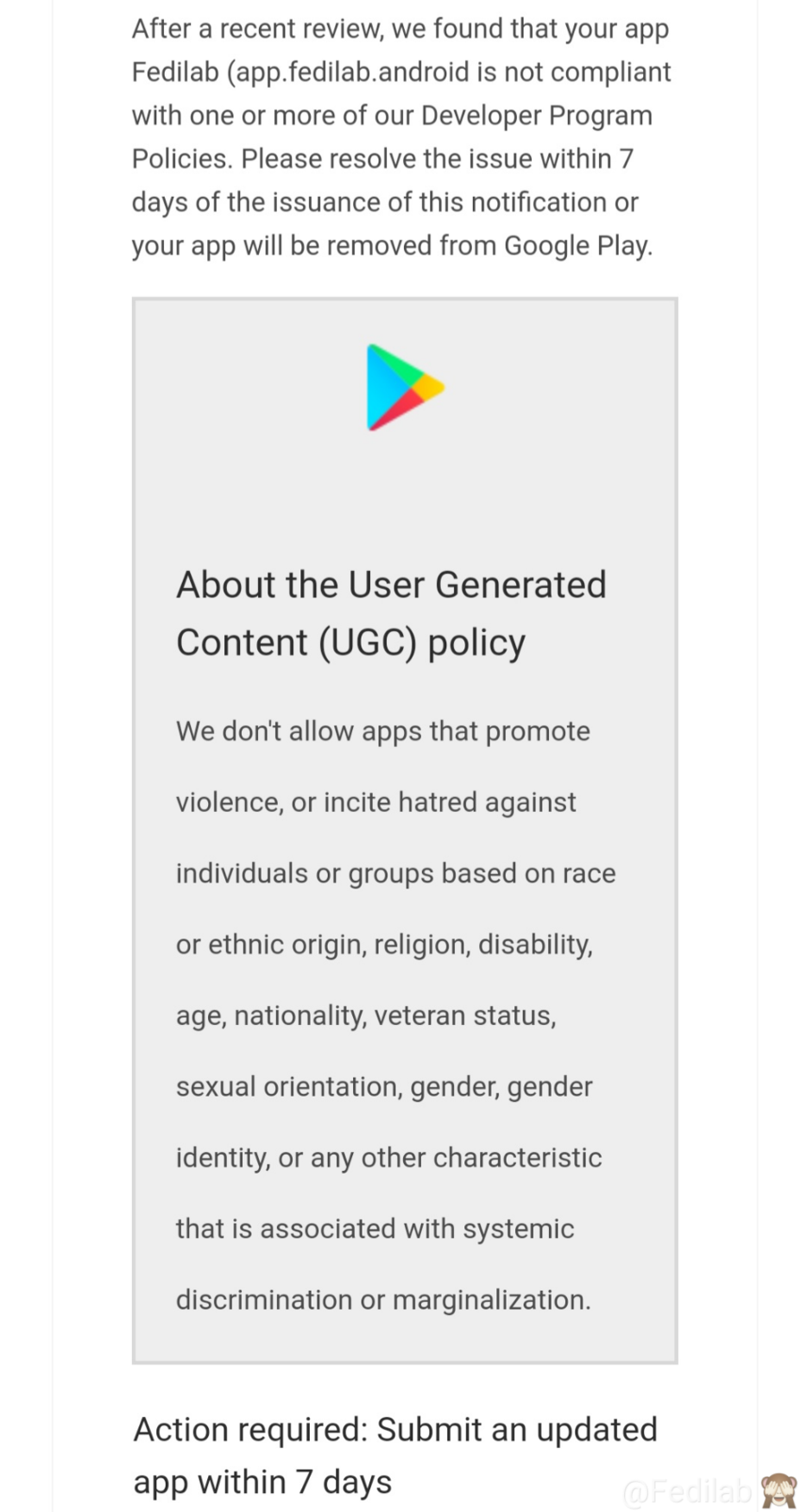 Hm, and thinking further: Will they next remove their email client as well, as it can be used to access mail servers that don't filter/combat hate speech? They should distinguish between apps that access centrally managed content and apps that can be used with content hosted on different servers.

This is absolutely unfair and only shows how unreasonable many institutions/organizations/companies/people are nowadays! They don't attack the root of the problem, they fake an attempt to do it.

Ironically, it reminded me the way I was banned from mastodon.social, accused of the same crime (in some countries hate speech is a crime), without any single proof that I had done it!
Google is doing exactly the same thing mastodon.social did, but to an app.

This arbitrary and radical banning of people and apps, isn't it hate speech in itself?!

BTW, Google, at least, is giving the apps 7 days to solve the problem. I wasn't given any warning nor any proof of my misconduct. Only a shutdown notice!!! If I look at things from this perspective, I must conclude that Google is being extremely fair!
@🎓 Dr. Freemo :jpf: 🇳🇱

I tend to not like broad conspiracy claims, so I say this with a some hesitation, but I believe its true. The censorship of "alt-tech"" is just getting started. Most of us saw it happening, but because it was only directed at people with extreme political views, we ignored it. Now its moving toward the center. I believe before its over, we will see Silicon Valley, with the help of hard Left Government push for the end of, or the complete marginalization of ALL platforms they cant control

João Pinheiro 1 year ago from api

@artyr3
I also think that there's more to it than what meets the eye. Big tech companies that have bought and destroyed as many competitors as they have been able to are not going to sit and watch other platforms grow not doing anything. And, if they can't buy them, they'll probably try other ways to assure they won't be a menace to their market share.